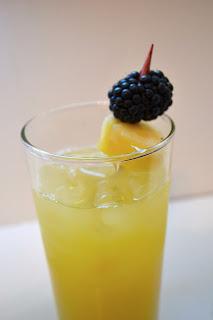 Zombies are everywhere these days.  I am not allowed to watch zombie movies (should zombie be a capital?), read zombie books, or play zombie games.  It was only a few months ago I had to ask someone how zombies are made! (It is a virus, you know) And, why do they eat brains? (no one had an answer, do you know?)  Many times at bootcamp, I ask the trainer, "And how will this help me in a zombie apocalypse?"  When the trainer has a good answer, I work that much harder, if he doesn't have a good answer I don't work quite so hard.

Well, zombies have been on my radar the last couple of weeks.  Not because I want them to be, they just are.  First, there is some movie where a zombie boy falls in love with a human girl (are zombies still considered human?), then there is the Brad Pitt movie about zombies and you see those previews everywhere.  Last, someone posted on Facebook about the new flu shot and how it is being made with insect DNA and someone wrote in the comments, "That is how zombies are made." One of the blogs I regularly read, Frugal by Choice, Cheap by Necessity, talked about zombies this week.   There is even a picture of zombie Mario on Pinterest.  I just can't get away from them.

Early this week, I was having lunch with my friend Katie and I told her how I hadn't slept well because Dave was gone and I was dreaming about zombies.  A lady from the next table overheard me and had to come join the conversation!  Apparently, some people are not afraid of zombies and she was one of them ( I don't think she realized they are a real threat).  We laughed, she joked and then introduced herself to us.  At the end of our conversation she said something like, "Thanks for being such a good sport."  Does this woman not realize I was completely serious the whole time?  I'm not allowed to talk about zombies in public anymore. (My husband says it is for my own safety and that zombies are not real.  What does he know?)

Now, I won't be going the either movie mentioned above, because I'm not allowed, but I will be relieved when the previews for Brad's movie isn't shown anymore.  I'll celebrate with this drink. 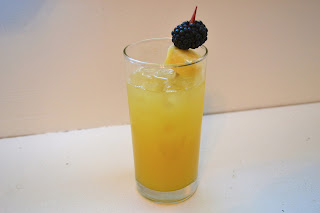 Pour all ingredients except the 151-proof rum into a shaker full of ice.  Shake until very cold.  Strain into a collins glass filled with ice.  Top with the 1/2 shot of 151-proof rum. Garnish with fruit on a pointy stick.   This can be lit on fire, but house fires are another issue with me so I'll pass on that step.
Enjoy!