What a difference a week makes 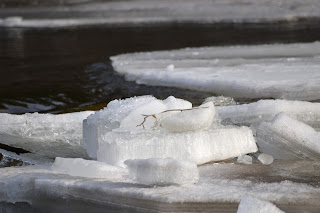 We've been camping a lot, Dave every weekend and I've been going when I'm in town.  The first weekend I went out there was snow everywhere.  A couple weeks later there was only snow in the shady spots and in the river. 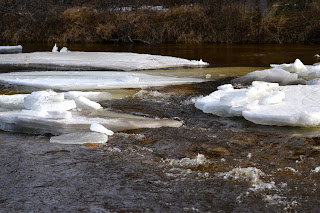 It was really cool to watch the ice  break up and float down with the current. One week later, all the ice and snow was gone.  The same spot in the river was clear. 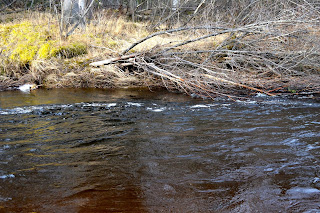 In the morning there were little puddles of ice along the edge.  The dogs loved breaking them and drinking the water underneath. 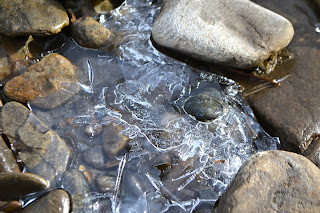 Our little camp by the river.  Notice no snow. 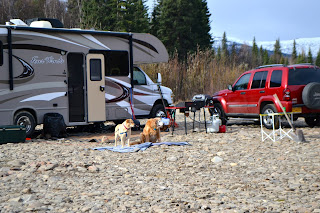 Tucker loves his sticks.  He is always carrying one.  If I pick one up, he drops his and grabs mine. 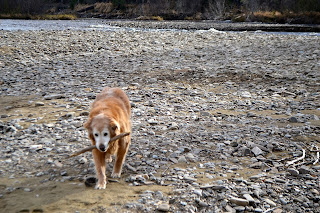 Where ever you are I hope you are a happy camper!

1 year ago:    The new Camper
2 years ago:   Learning to Like Dark Chocolate and Chocolate Swirl Bark
3 years ago:   Manilla Clams with Bacon and the Night I Almost Died
4 years ago:   Meatloaf for Two and Crying at Sunday Dinner