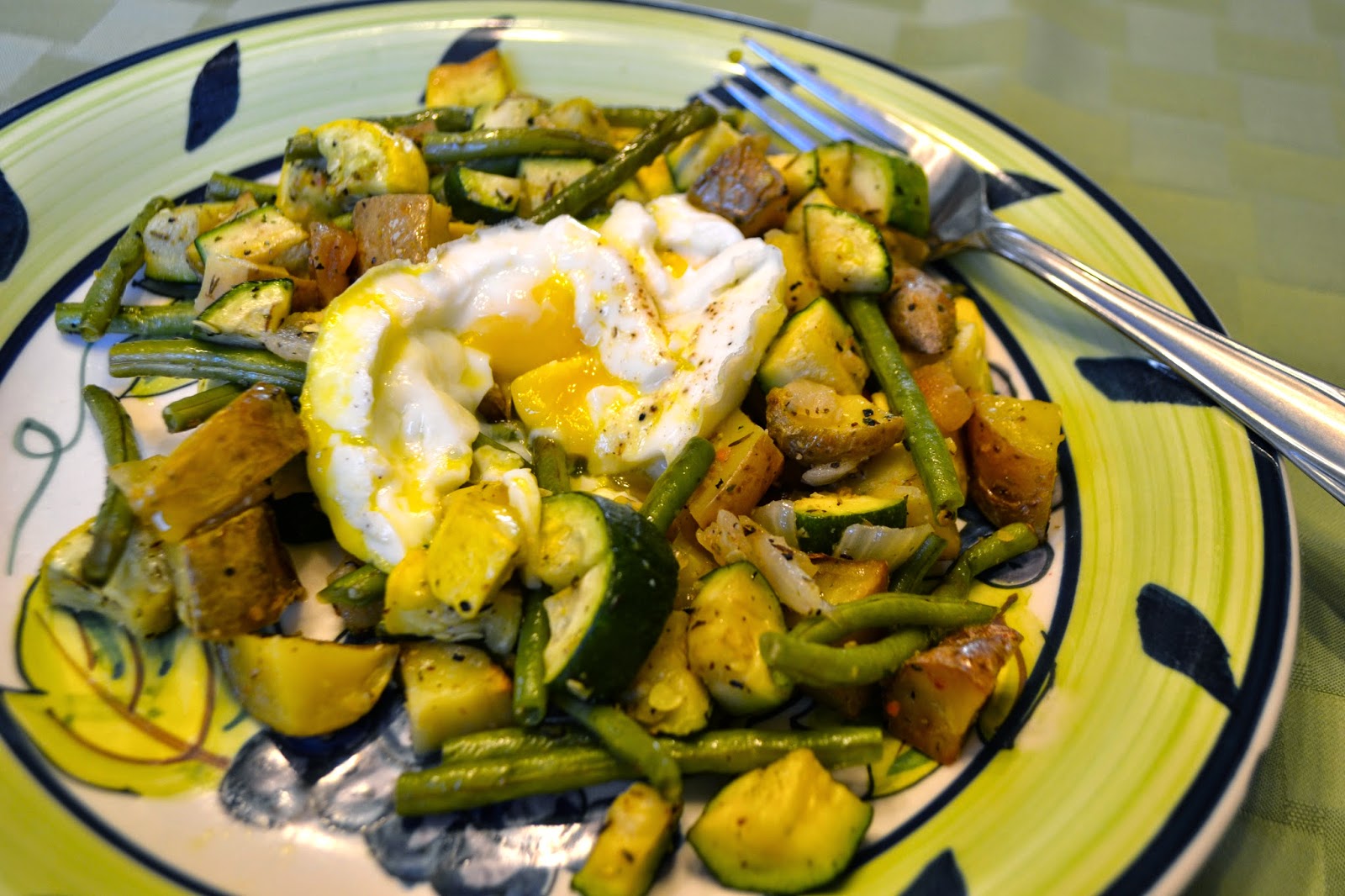 Since we had our blood work done, I've made some changes for my husband.  First, he has to have chicken for dinner two nights a week, and fish one night a week, and meat free one night a week, which leaves only three nights a week for red meat.  He is not a happy camper about that.  Second, I'm badgering him about needing to exercise.  Yea, that isn't going too well.  And third, I told him he needed to start putting coconut oil in his coffee, it makes him gag.

"Why do men die before women?  Because they want to."  Hahahahaha, um, yea.

So for his first meat free dinner, in about all his life, I made vegetable hash with eggs.  We had 6 at home for dinner so I baked the eggs in the oven.  I have to have hard egg yolks, but Dave likes his eggs undercooked with the runny yolk and soft whites, it makes me gag, so mine stay in the oven until it is rubbery hard, yum.

He ate it, said it was good, and wanted to eat 14 Slim Jims about an hour after dinner.  He didn't, he waited until I went to bed.  Well, we are making progress. 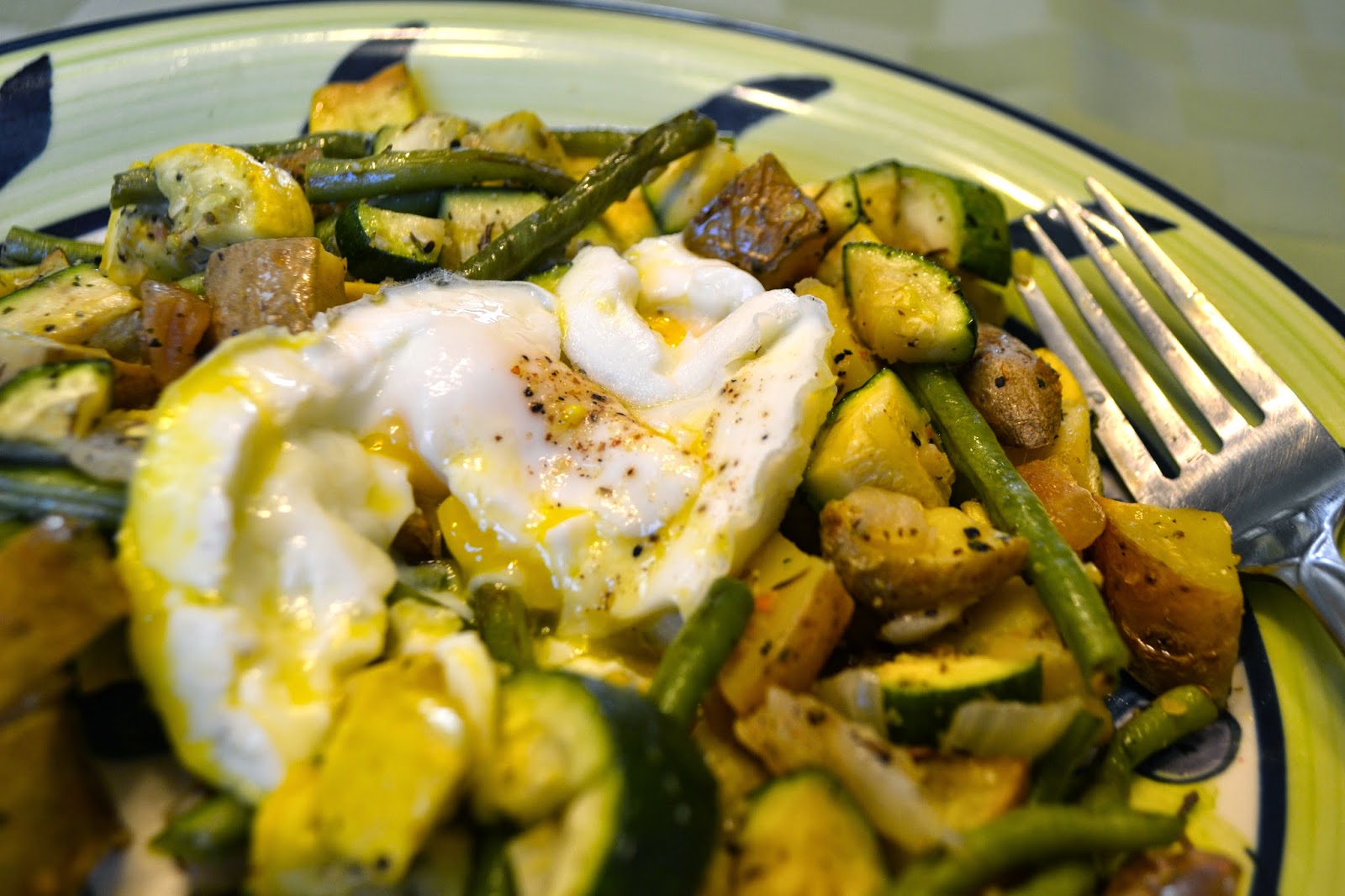 Place cut potatoes and onions in a large bowl.  Add about 1 Tbsp. olive oil and mix well.  Spread in single layer on one cookie sheet.  Sprinkle with salt, pepper, and oregano.  Place in oven and roast for 30 minutes.

Meanwhile, place cut squash, zucchini, and green beans in same bowl.  Add about 1 Tbsp. olive oil and mix well.  Place on second cookie sheet in single layer.  Sprinkle with salt, pepper, and oregano.
Save the bowl for mixing has after they have been cooked.

Crack 1 egg into each muffin tin for desired number of cooked eggs.  Add salt and pepper to taste.

When potatoes and onions are cooked, remove sheet from oven, cover with aluminum foil to keep warm.  Add second cookie sheet with the squash mixture and the muffin tin with the eggs into the oven.  Cook for 12-15 minutes, depending on desired doneness of eggs.  Remove squash from oven and add back to the large bowl from the beginning, add the potatoes and onions to same bowl.  Add basil and mix carefully.

Divide hash among 6 plates.  Remove eggs from muffin tins by carefully running the sharp edge of a knife around the edge of the eggs and spooning them out of the muffin cups. Place on top of hash.

1 year ago:   Vanilla Cakes with Apricots and Saving Katie's Life
2 years ago:  Grandma's Beans and the Unpleasant Magazine Surprise

Email ThisBlogThis!Share to TwitterShare to FacebookShare to Pinterest
Labels: eggs, feel sorry for my husband, veggies