Keto Cheetos and one Awesome Husband 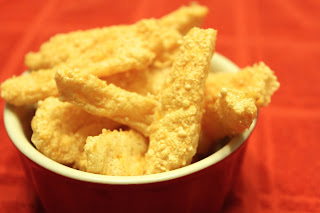 I have to brag on my husband just a little bit.  I've been a bit under the weather with my surgeries, the infection that lasted 6 weeks, and the tiredness that has accompanied it all.  Usually, the day after Thanksgiving, all my Christmas decorations are in place, but with the busyness of Grayson and his people coming up I didn't get that done.  Dave put up most of it on Sunday afternoon as I slept in my chair.  I woke up to a big surprise, all my Santas were out, the tree was up, the village was ready to be put up, and the nativities were ready (he left them for me to put up because I love them so much).  It was such a sweet, special gift of his time. 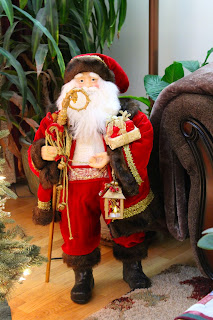 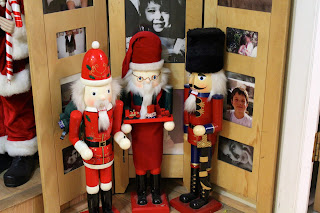 The next weekend he said we had to get the tree decorated, and so we worked together and got that done.  By the time it was decorated I was done and asleep in my chair.  I came downstairs for a glass of water and he was putting up my small Santa statues in the kitchen.  Again, a wonderful surprise. 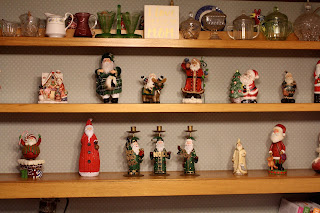 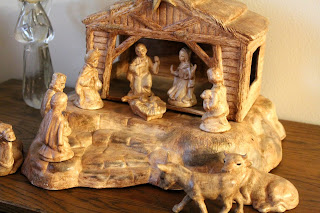 This morning I got up and stumbled downstairs for my coffee, and there on the walls were all my Christmas quilts I had collected over the years, quilts I had made and had been made by friends for me and the special quilt I bought when I was expecting the Curly Haired Boy.  I was so surprised and touched I had to cry a little.  Then later in the morning, I noticed he had also put up the decorations from our Advent Calendar and fixed the countdown to Christmas Santa.  He is really going above and beyond. 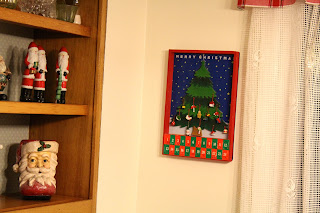 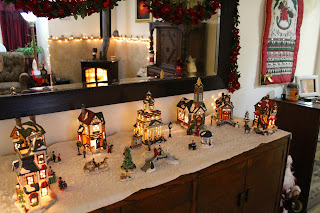 So, I decided to make him a little treat.  He doesn't like sweets, but he loves Cheetos.  He hasn't been eating them for the last couple of months because of the carbs, and I found a recipe for Keto Cheetos (say that 5 times fast) and thought he might like them. So this morning (Sunday) when he wakes up, he'll have a surprise and a little something to munch on during football.  It isn't as wonderful as everything he has been doing for me, but it's a start.

I sure lucked out in the husband department.

Put the frozen cheese in a food processor/blender and chop until it is in tiny pieces.

In a mixing bowl, whip the egg whites with cream of tartar until very stiff peaks form.  Sprinkle the chopped cheese on top of the egg whites.  Then, with a rubber spatula, fold the cheese into the egg whites being careful not to flatten the fluffy whites, but thoroughly spread the cheese throughout. 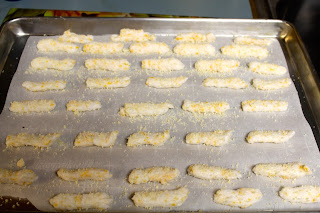 Carefully spoon the mixture into a large ziplock baggie and cut a 1/2 inch hole in the corner.  Gently squeeze onto the cookie sheet in Cheeto-like shapes.  Lightly sprinkle parmesan cheese or other cheese sprinkles on top of each puff. 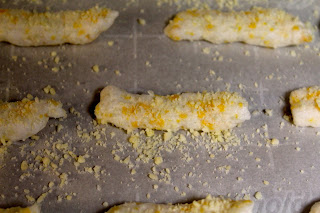 Bake for 20-30 minutes.  The longer you bake them, without them getting too browned, the crispier they will be.  Turn off the oven and leave them in the oven for at least 30 minutes. 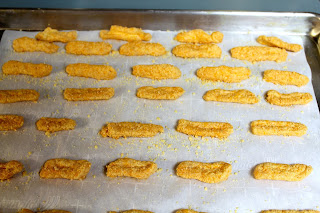