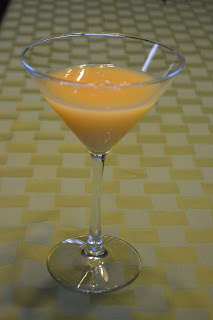 The Chick and I went to Seattle for the weekend.  The Seattle DIL had a baby shower and so the Chick and I went down to join the party.  We flew down late Friday after work, stayed at a hotel close to the airport, picked up our car in the morning, and drove out to Everett where the Curly haired boy and the DIL just bought a house.  We had only two fails driving in Seattle that weekend.

After we picked up the car I pulled out the GPS and said to the Chick, "Where do you want to go to breakfast?"
We checked the list on the GPS for someplace that was close.
"How about the Bagel Bakery," she said.

We touched the screen, hit go and the directions popped up and off we went.  We were getting closer and closer to the airport and then turned onto a road that said "NO PUBLIC TRAFFIC. RESTRICTED AREA.

We had chosen a restaurant in the airport.  That was the first fail.

We pulled over, I pulled the GPS off the front window, chose a different place and I reattached the GPS and off we went.  We were sitting at the stop light ready to turn and the Chick asked,
"Are your hazards on?"
"No, just my blinker." I stated and looked down, only to see both blinker lights flashing.  Yes, my hazards were on!  I panicked and searched for the hazard button in this new rental car.  I couldn't find it.  I saw a button and pushed it, only to realize it was the push button for the ignition.  I had just turned off the car.  Meanwhile, the light turned green, and there I sat.  I had to put the car in park, restart the car, put the car in drive,and take off, but not before the car behind me honked.  All this time the hazards are still flashing.

I turned the corner and finally found the hazard button, I had bumped it when I was reattaching the GPS to the windshield.  That was the second fail.

I have decided that people in Seattle are not very friendly, here we were with our HELP, WE NEED HELP! flashers going and someone beeps their horn because we didn't turn the corner fast enough.

The rest of the weekend went pretty easily.  We had fun at the baby shower, got to visit with the kids, and then Sunday went to my niece's house and visited with her, her man, and my two great nieces! It was a wonderful weekend, and ONLY two fails!

I did have to drink when I got home though...no drinking during the weekend since I was driving.  I came home and made this refreshing drink. The two fails were totally forgotten by the second drink!

Place all ingredients into shaker.  Shake until very cold, strain into glass and enjoy.

Email ThisBlogThis!Share to TwitterShare to FacebookShare to Pinterest
Labels: Adventures, drink of the week