This is really more of a confession than a recipe. 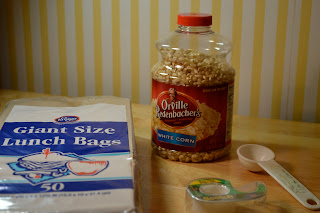 About 12 years ago I did a principal internship at a local middle school (my husband fondly calls it the year from hell).  I spent the year doing a lot of bus duty and discipline.  You know, middle school kids are a bundle of hormones and not always pleasant to be around, esp. the students in the office because they made a silly middle school choice.  One of the people I worked closely with was our school safety officer, Mr. J.  Most days Mr. J would bring a student into my office for one thing or another.  We did morning breakfast duty together, lunch duty together and he was usually a part of bus duty in the morning and the afternoon.  We became good friends and since he was a young single guy, he often hung out with my family (I did have 4 boys at home), had dinner with us and watched football on Sunday afternoons.
Well, Mr. J's birthday was coming up and we needed to plan something very special for him, he worked so hard you know.  The lunch supervisor and I decided to fill the cab of his little pick-up with popcorn.  We spent days after work popping corn in the microwave (no fat to stain the seats).  Finally the big day arrived and we snuck out to the parking lot and filled the cab with the popcorn, stuffing the last bit through a crack in the driver's side window.
At lunch, I told him the assistant principal wanted him to go to the city park.  One of our finest was spotted skipping school and Mr. J needed to go reign him in.  Mr. J left in a hurry to go retrieve the offending student.  He came huffing back into the lunch room and announced, "Someone has filled my truck up with popcorn!"
We looked as innocent as possible (it even worked).  He asked me who did such a thing?  I innocently answered, "Who has a stay at home wife that would have time for that and who sent you to your car?"
Mr. J jumped to the conclusion that it must be the assistant principal who did this to him.  He rushed into the A.P.'s office and made some comment.  The poor A.P. didn't know a thing about it.
The offending student turned out to be eating lunch in the lunchroom, Mr. J spent some time shoveling popcorn out of his truck (and had popcorn in there for months after) and we got away with a great prank.  Mr. J may still not know who really did this to him and he moved now so retaliation is not an option!
Well, other than stuffing it in cars, I love to eat popcorn. I eat it when I have a webinar and often in the afternoon I have some to keep me going. I used to buy the bagged microwave stuff, but there is so much about how unhealthy it is I was beginning to feel a little guilty about my afternoon snack.  I have been seeing several pins on pinterest about popping popcorn in a brown bag it made me remember Mr. J's birthday gift!  So, I purchased a pkg. of brown paper bags, measured out 2 Tbsp. in each bag and folded the tops and taped them shut.  Now, in the afternoon or before a webinar, I pop a bag of popcorn, add a little salt or Mrs. Dash and enjoy my popcorn guilt free.

Put popcorn kernels into paper bag.  Tape shut, if desired (I do this because I made a bunch and take them to work, I don't want a mess in transport).  Pop in microwave for 2-4 minutes, removing when popping slows down, 3 seconds goes by without a pop.  Remove, add salt, butter, Mrs. Dash, chili powder or other flavoring.  Enjoy 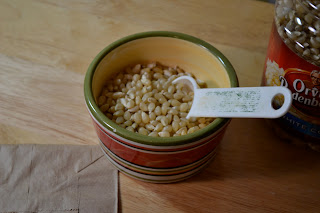 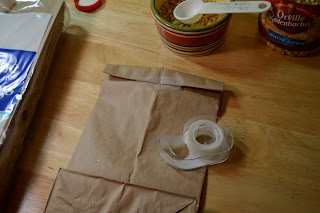 Email ThisBlogThis!Share to TwitterShare to FacebookShare to Pinterest
Labels: snacks