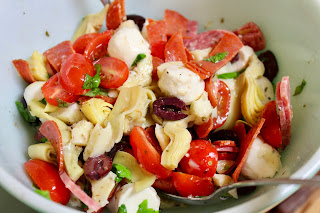 We had chicken.  Not Dave's favorite, so I made a side "salad" that I knew he would enjoy.  I can eat this for my meal, I just put it over some crunchy greens, but Dave likes this just the way it is. 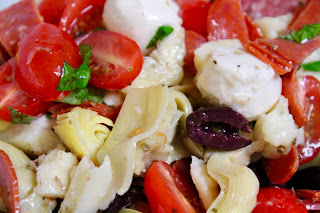 Mix all ingredients together.  Serve as is or over greens.

1 year ago:   The Lost Jacket and Cinnamon Cream Cheese Kringle
4 years ago:  Peppermint Pretzels
5 years ago:  Biscuits and Gravy
7 years ago:  When Life Gives you Lemons, Make Meatball Subs 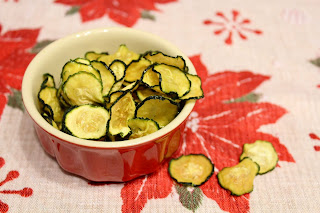 I have a new obsession.  It used to be things like hostess cupcakes, snickers bars, ice cream (o.k. so I still love ice cream), potato chips...the list goes on.  But most of those things I no longer eat and feel better for it, also for most of those things there is a keto version that I enjoy just as much.

However, I do miss the salty crunch of potato chips with a burger or hot dog.  In all honesty, I have eaten potato chips once in a while, just a few, but I know that goes directly against my food goals.  So you can imagine how excited I was when I saw some zucchini chips posted on Pinterest!  I tried to make my first batch in my oven, but my oven doesn't go below 250°F, so the chips were not ideal.

So, I did what anyone would do, I went and bought a food dehydrator. 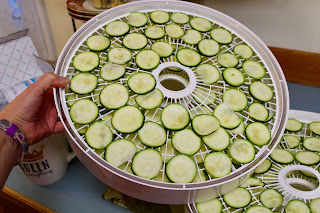 I am loving this thing!  I use my mandolin to cut my zucchini nice and thin, lay them on the screens, turn  it on to 135°F and let it do it's thing.  8-12 hours later I have delicious, crunchy chips.  I like mine with salt, garlic and a little Parmesan. I have to be careful because the first day I ate two whole zucchini with my lunch and drank a ton of water and didn't feel so good the rest of the day!  I do need to learn the art of moderation! 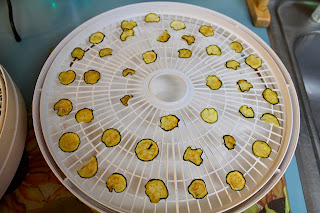 So, this is what I do for my chip fix now.  I'm going to try radishes and see how that goes.  I also want to try cranberries for some keto cranberry bliss bars for the holiday season.  I might be late to the food dehydrator game, but I'm loving it now that I'm here! 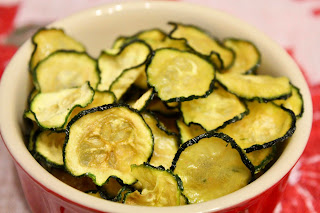 Slice zucchini on mandolin.  Place zucchini in a bowl, add oil and toss to coat all the chips.  Place on dehydrator trays then salt and sprinkle with garlic (if I'm using parmesan, I dip one side in a little bowl of parmesan before I put it on the tray and top with salt and/or garlic).  Using manufacturer's directions, dehydrate (mine take about 12 hours and I like to rotate the top trays and the bottom trays half way through).

What other toppings should I try on my chips?

1 year ago:   Sleeping Pants and Pumpkin Cream Cheese Muffins
4 years ago:  Sometime Home Made Bread is Love
5 years ago:  Words with Friends and Dutch Apple Pie
7 years ago:  Barbeque and Bird Feeders

Email ThisBlogThis!Share to TwitterShare to FacebookShare to Pinterest
Labels: side dishes, snacks, veggies

Eggnog with and without and the Rum Chata bottle 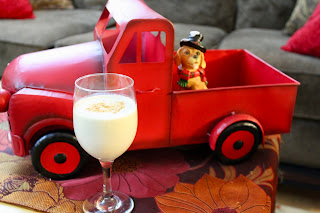 I sent Dave to the store for some Rumchata.  I'd never had it before but needed it for the Chocolate Cream Pie Martini I made last week.  He came home with this.

So I used it for the drink of the week and now I have a lot of Rumchata to drink.  It is a tough job, but someone has to do it!  We tasted it plain to see what it would go with, and in my opinion, it goes with everything!  It is creamy and has a hint of spice and the kick from some rum.  Oh my, I can drink this straight. 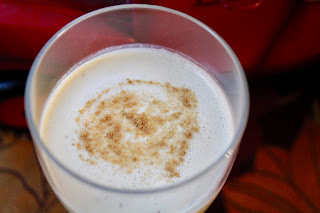 Now, I will have to control myself because it has sugar in it and therefore carbs. According to My Fitness Pal it has 16 carbs in 1.5 oz.  Not really a keto drink.  I'll treat myself once in a while, but this huge bottle will last a long time at my house...like years.

I did make some keto eggnog.  I do love eggnog and was so happy to find several keto recipes on Pinterest.  I made some and then added some rum one night.  A couple nights later I added a shot of Rumchata oh so good! 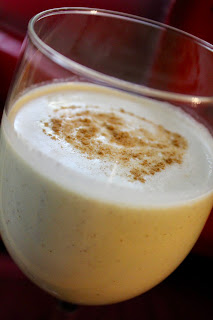 Gman loved his eggnog without, and Grandma has her with.  We both had a pretty glass and we were happy!

So, here is to the holiday season, eggnog, pretty glasses and lots of Rumchata.

In a saucepan over low-medium heat warm milk, cream, cinnamon and nutmeg.  Let steep for about 10 minutes.
In the meantime, in a small mixing bowl add egg yolks, sweetener and salt.  With a hand mixer, mix on high until egg yolks are light in color and the sweetener has mostly dissolved (it won't dissolve all the way until you mix in the milk).
Temper the egg yolks by adding a bit of the heated milk while you continue to mix.  Add about a cup in a couple different batches, then add the heated egg yolks to the milk mixture and heat over medium heat until it reaches 160°.  Remove from heat and add vanilla extract.  Cool in refrigerator for at least 2 hours.

Before serving, beat egg whites to a stiff peak and fold into egg mixture, this is optional and makes a lighter eggnog.  Leave the egg whites out and you get an eggnog like the kind you buy in the store.

Add rum (or Rumchata) or not.  It is delicious all the ways.

1year ago:     Leek Confit
3 years ago:  Christmas Dreams Cocktail and the Kick-Ass Doctor
5 years ago:  Tucker on the Sofa and Pumpkin Brownies
7 years ago:  Chinook Winds - drink of the week